This 265-acre preserve was originally platted in the 1920's as the Sanibel Gardens/Tarpon Bay Sub-divisions. Approximately 1200 units of density were to be established in the center of the island's interior freshwater wetlands.

In the early 1970's, SCCF began acquiring the key properties along the Sanibel River corridor, totalling 61 acres. In 1987, the City of Sanibel began acquisition of the remaining properties, which was completed in 2003.

Restoration efforts including removal of Australian pines and Brazillian pepper, backfilling mosquito ditches, removal of fill roads, and reconnection of the Sanibel River began in October 2001 and was completed in October of 2003.

This preserve is dedicated to the citizens of Sanibel and their foresight in protecting and restoring the rare barrier island freshwater wetlands along the Sanibel River.

Where to Find this Trail 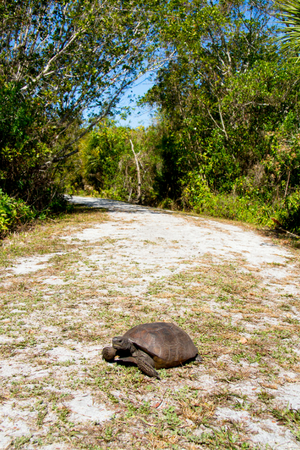