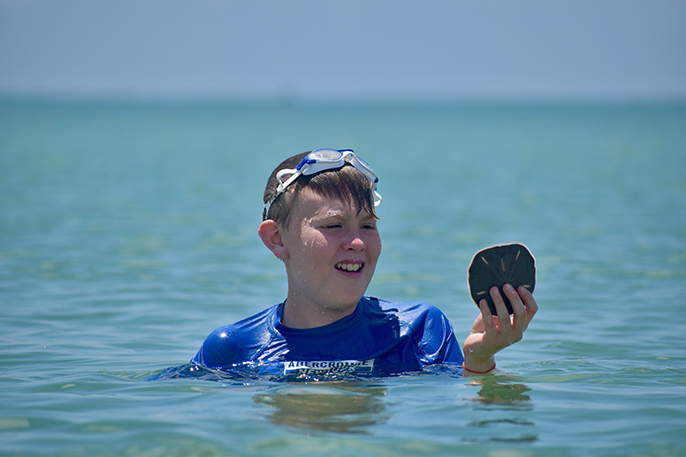 "The sea, once it casts its spell, holds one in its net of wonder forever." - Jacques Cousteau

As a species, it’s clear that the ocean has always sparked our synapses as we’ve wondered about its vastness. In a recently released research study I coauthored with a team of researchers from the University of Florida—“Inland adult and child interest in the ocean” published in the International Journal of Science Part B—we delved into that curiosity to identify themes capturing what adults and children want to learn about the ocean. Based on the science around interest and learning, we may be able to leverage those ocean interests as a bridge to more expansive conversation and longer-term engagement around pressing issues like climate change.

This is because there is a body of research suggesting interest may come in different “flavors,” so to speak. Two types that researchers have proposed are situational and personal (also sometimes called “individual”). Situational interest is a more fleeting variety that surfaces during an engaging experience or interaction. Personal interest captures the more pervasive desire to revisit some topic or idea over time. Further scientific study suggests both can work together to lead people into learning about related content and are potentially important components for triggering attitude and behavior changes.

In our study on ocean interest, we gathered data through a series of focus groups for both adults and children at a library. The population of folks we ended up speaking with didn’t live directly on the coast, but almost all of them had been to the ocean and had first-hand experiences learning and wondering about its mysteries. We then used content analysis methods, commonly used in social science work, to comb the resulting transcripts for overarching themes.Both children and adults in our study expressed their interests in categories like: sea life; a wide range of physical phenomena like island formation and the properties of water; and the process of exploring and studying the ocean. They also were interested in how these interests might compare or contrast over different parts of the ocean or at different times of the day or year.  This type of overlapping content could be used to create multi-generational learning experiences around these interests and as a gateway into broader topics. Also, while all our adult focus groups talked about human impact on the ocean, only one of our children’s groups did, suggesting an opportunity to use other the categories we did find in common to highlight that connection for younger learners. While we can’t necessarily assume the themes we found among this group will apply to everyone, we can use this kind of approach to find out what resonates for different populations of people. Being part of this research has primed me to keep learning about what our residents and visitors are particularly interested and invested in on Sanibel and Captiva as a way into important local discussions on mitigating and responding to the impacts of climate change and continuing to build our coastal resilience.