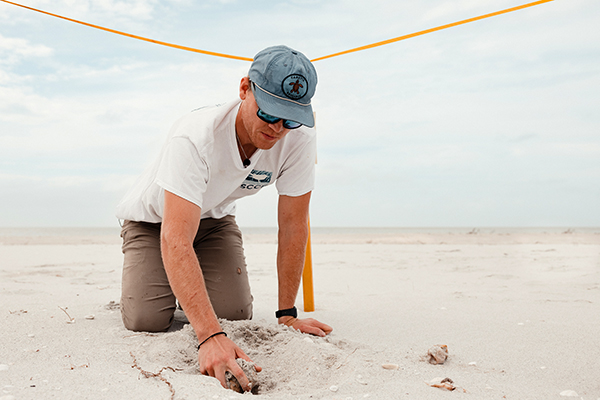 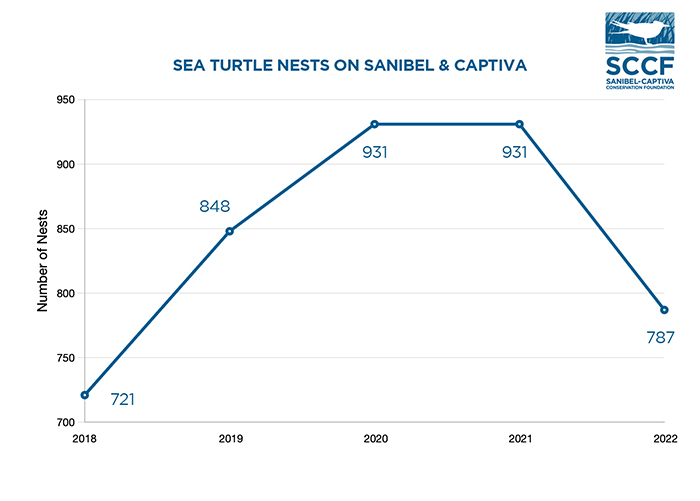 Although numbers were down a bit this year on Sanibel and Captiva compared to the prior year, other areas in the region — such as Bonita and Lovers Key State Park — experienced record nesting.

“Preliminary statewide numbers for the 2022 season are pretty encouraging, and our lack of a record is not necessarily a big cause for concern,” said SCCF Sea Turtle Biologist Jack Brzoza. “Turtles don’t typically nest every year, and it could be a year where a lot of their off years coincide, or they could be nesting on other local beaches, among other potential factors. For instance, one of our satellite-tracked loggerheads, Pepper, was observed to have nested on nearby beaches in Sarasota and Bonita based on satellite transmission data and visual confirmation." 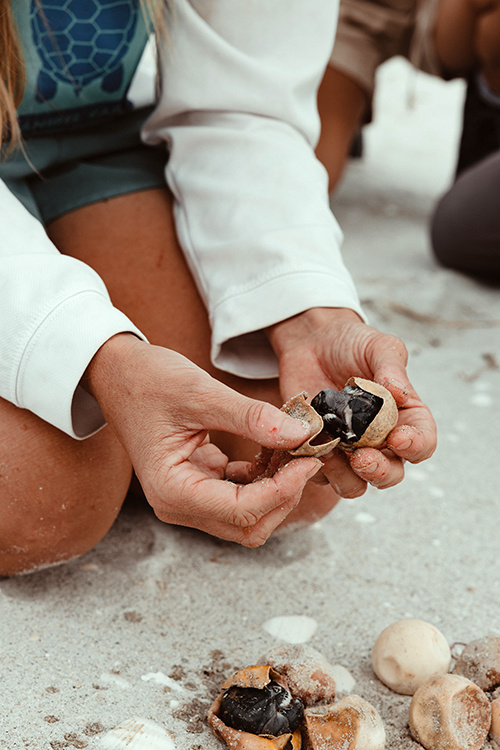 Before Hurricane Ian, the sea turtle season was already beginning to wind down, as peak nesting tends to occur in June and July. The vast majority of nests had already hatched and been inventoried. There were 17 remaining nests when the storm hit, only one of which, a green sea turtle nest, survived. SCCF staff were able to confirm the nests’ outcomes with highly accurate Trimble GPS data. Last week, SCCF biologists inventoried the final nest to evaluate its contents and determine nest productivity. The nest was not observed to have hatched, but because it incubated the full duration, it met state requirements for a nest evaluation.

The team was only able to find 19 eggs, which is low given that green sea turtles in Florida lay an average clutch size of around 110-115 eggs, Brzoza said. 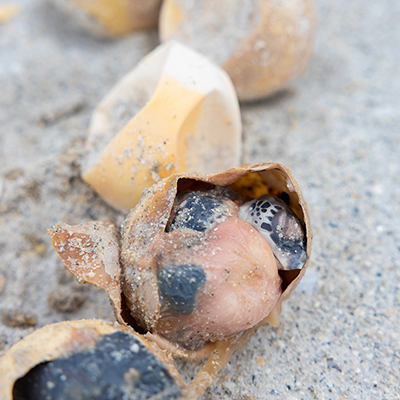 “This nest experienced severe and prolonged inundation from the hurricane, and it’s likely that some eggs were washed out to sea,” he said. “It’s possible the turtle who laid the nest successfully produced offspring earlier in the year, since nesting females can lay up to 6 clutches over the season.”

“Beaches are incredibly dynamic environments, and there’s a good chance the beaches will look different than they do now come the start of the 2023 nesting season in April. There’s time for dune vegetation to regrow and areas will continue to accrete or erode over the winter,” Brzoza said. “Suitable nesting habitat still remains, and there is the potential for that to further improve over the coming months.”