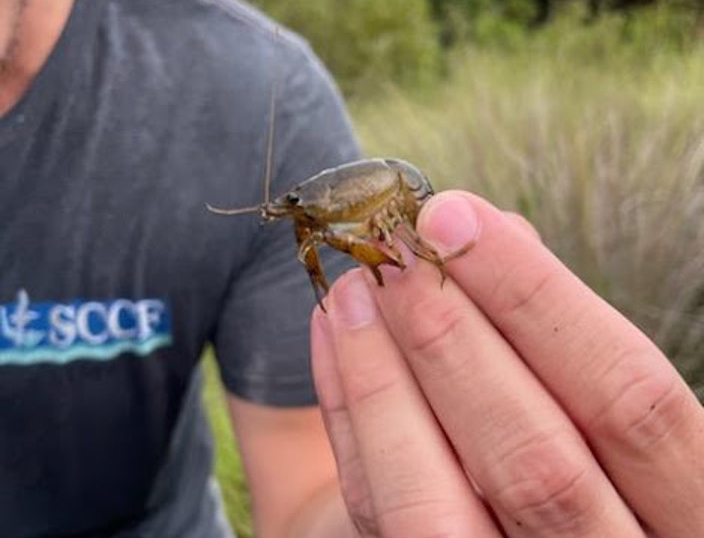 By using Breder traps (right), the team captures and counts freshwater fish before releasing them back into the water quickly and safely. They sample aquatic invertebrates by skimming the surface of the water using a repeatable technique with a dip net. 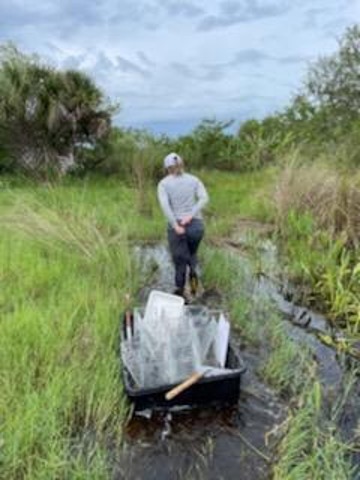 Freshwater systems are some of the most vital habitats on Sanibel, providing drinking water and preventing flooding by containing excess rainfall. Each system contains a complex ecological web where every living organism plays an important role. Aquatic invertebrates are a major food source for freshwater fish, wading birds, aquatic mammals, and various reptiles and amphibians. The small species of fish that SCCF samples are similarly important to sustaining a functional species community. Both invertebrates and fish consume aquatic plants, which affects the vegetative makeup of a system.

"Freshwater fish species show up whenever ephemeral pools fill up again during the rainy season. So what seems to be dry and muddy beforehand is actually teeming with life," said Intern Peyton Niebanck. "They lay dormant deep underneath the mud and muck and can also wash in from nearby permanent waterways, such as the Sanibel River."

Through annual freshwater fish and aquatic invertebrate samplings, SCCF can detect if there are dramatic shifts in species richness or densities of aquatic animals and conduct research on changes over time.