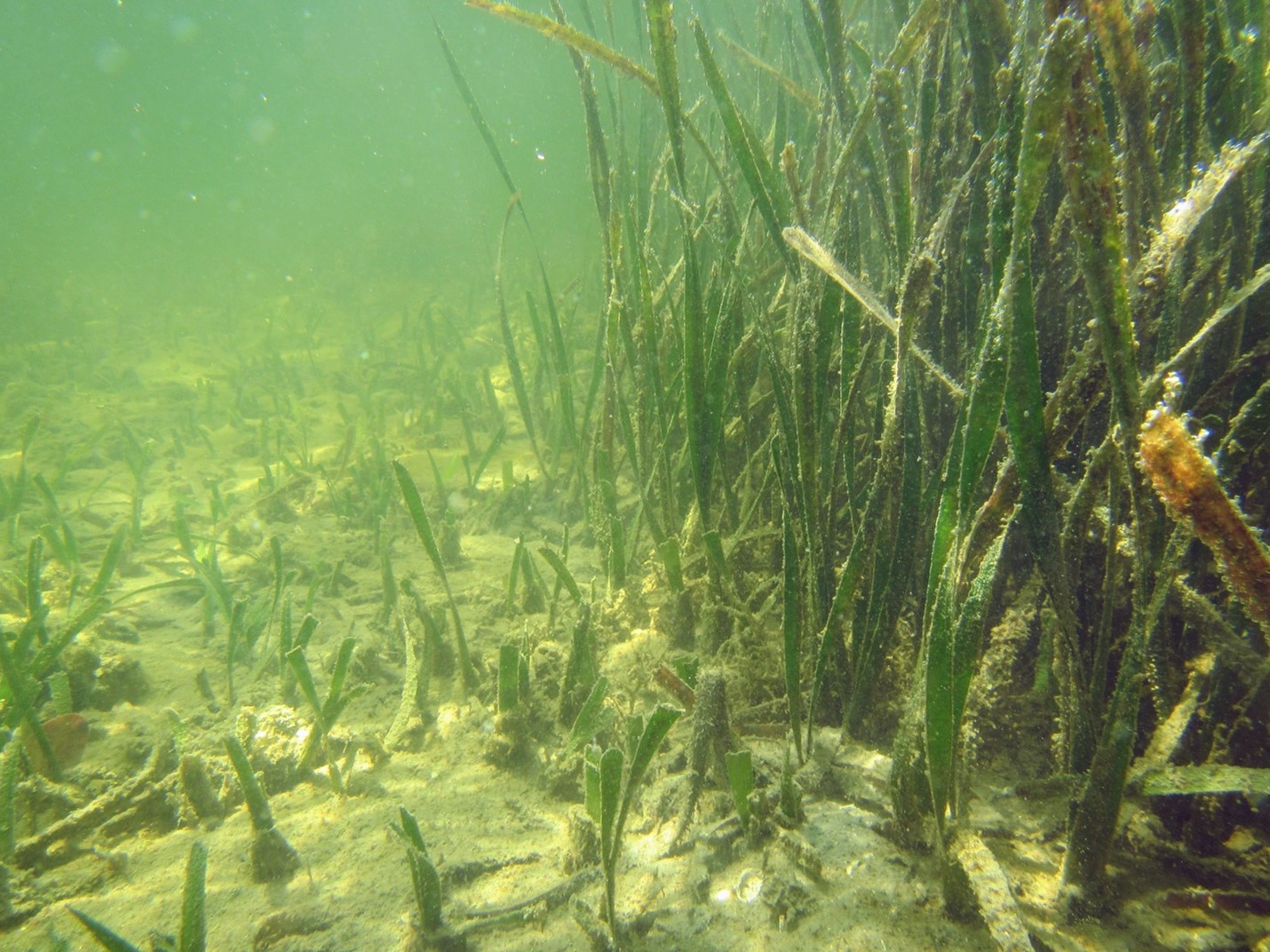 SCCF volunteer Kiely Hoffman is also a CROW volunteer; she is assisting the lab with the propagation projects. Recently, the lab provided naiads (submersed plants) that were eagerly consumed by a 50-pound green turtle suspected of suffering from toxicosis. It “seemed to have a preference for it and ate all of the naiads before the tape grass—and then the tape grass, too,” reported CROW Hospital Admissions Manager Jenna Antill. The turtle’s mental activity “significantly improved when offered the healthier sea grasses. It made a huge difference.”

The lab had already been raising tape grass to replant upriver in the Caloosahatchee for both environmental restoration and as a source of nutritional sustenance for manatees.

Adult green turtles prefer to graze the newest leaf growth of seagrasses and repeatedly return to the areas where they have grazed before. Seagrasses have a basal meristem; the portions of the leaves that are newest are closest to the sediment. Seagrasses filter the water by slowing currents, especially near the sediment surface. This results in some plankton, including the Florida red tide protist, Karenia brevis, being buried in the sediments. The brevetoxins released from decomposing cells can be absorbed by seagrass roots and transferred to the leaves.

Older leaves are often colonized by suspension-feeding animals such as tunicates and bryozoans, which also accumulate brevetoxins. Because turtles can eat more than a third of their body weight per day, it’s a problem when the leaves are full of toxin. The turtles may prefer new leaves for their nutritional value, but they are also ingesting less toxin by avoiding the older leaves. SCCF research in 2018 confirmed data pointing out that sampled sick and stranded sea turtles— greens, loggerheads (Caretta caretta), and Kemp’s ridleys (Lepidochelys kempii)—had high toxin concentrations in their systems after ingesting contaminated prey such as gastropods, clams, and crabs, in addition to seagrasses, throughout the red tide crisis.