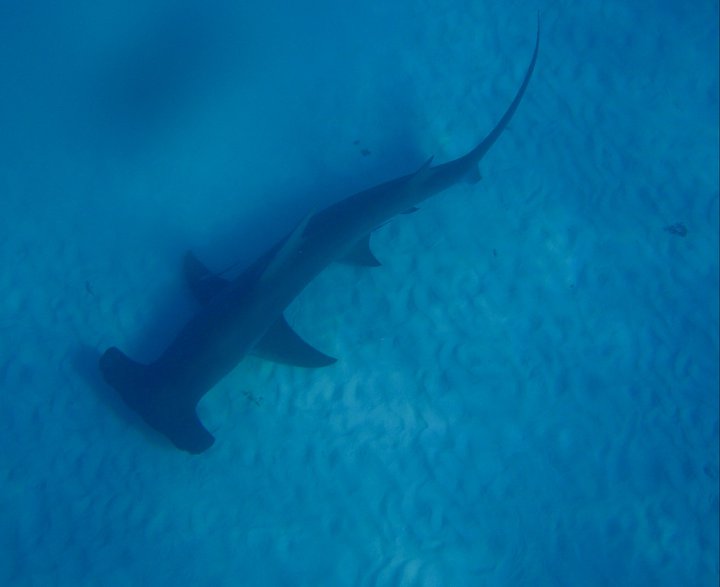 Be a Shark Champion by Advocating for Conservation

Before I became the CEO of SCCF in early 2019, I took my childhood love of sharks to a global platform, working for The Pew Charitable Trusts urging countries around the world to support meaningful shark conservation measures. I’ve also studied sharks in American culture extensively. Sharks have been a life-long passion, and I feel strongly that both globally and here on our islands we need to advocate for them now more than ever.

Sharks are not all big and scary. They are not mindless killing machines. They are not ruthless serial killers like the Jaws films taught us. They are in fact surprisingly vulnerable and in need of our help. Objectively, sharks can be scary; some of the 500+ species of sharks are indeed large with toothy mouths capable of serious damage. But you are more likely to win the Florida Lottery jackpot than be killed by a shark—you are considerably more likely to die of lightning or by simply crossing the road. Dying by shark attack is one of the rarest deaths in the world—there were only two confirmed shark fatalities globally in 2019. Two. Our fear of sharks is statistically unfounded, but numbers don’t always play a role in our cultural perceptions.

Here on Sanibel and Captiva, there has never been a documented fatality from a shark. With records going back to the late 1800s, only eight incidents with sharks have ever been recorded on Sanibel and only five of those required medical attention. Rather than preying upon humans, the sharks were typically stepped upon or bumped into accidentally. And, no incidents with sharks have been documented on Captiva.

A Changing Lens on Shark Week

While growing up, Shark Week was my favorite time of the year. I was able to see my favorite animals up close, leaping from the water or from the vantage point of an explorer in a submersible. For a kid who loved sharks, there really was nothing better. But, as I became a conservationist, as my lens began to change, I started to notice problems with Shark Week. I am a realist and acknowledge that the viewership would bottom out if the program’s entire messaging were geared toward conservation; I do think, however, that it is important to recognize that Shark Week can be as dangerous as it is useful. 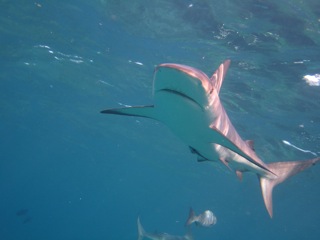 During Shark Week, even children in landlocked Oklahoma get to see a Caribbean Reef Shark, to think about a Whale Shark, and to develop a sense of wonder about our oceans. This kind of close-up exposure is undoubtedly useful for protecting these vulnerable animals. But Shark Week also perpetuates the myth that sharks are only mindless destroyers: shredding seals, exploding violently out of the water, and attacking foam boards just to test their bite strength. The list of incredible superlatives includes: biggest, meanest, most dangerous, and highest levels of testosterone.

In reality, sharks are among the wild animals being destroyed the fastest by humans—many species are being quickly driven towards extinction. And so, the promotion of the idea that we should marvel at their toughness and prowess at the top of the food web only feeds into the idea that sharks radiate masculinity, and we then attain even greater bravado when we conquer these “beasts.” 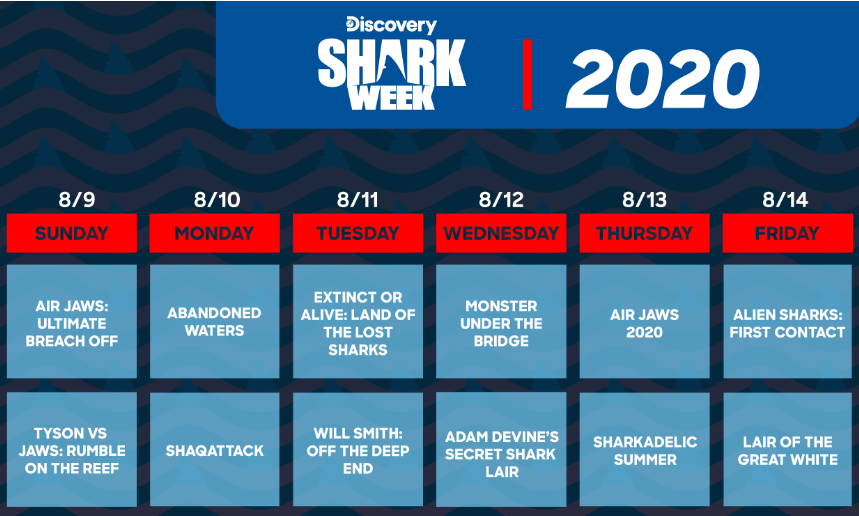 When Discovery’s annual Shark Week launches Sunday, August 9, I urge you to watch with a critical eye this year. Do not just accept Mike Tyson’s contrived competition with a shark, or how sharks are killing machines, conquests, or anything other than integral components in the complex webs of life in the oceans. Please don’t buy into the myth that sharks are invincibly strong and not at all in need of our help.

To honor the need to compassionately advocate for sharks, we’ve launched a Shark Conservation Campaign to coincide with Shark Week. There, you can learn about our local species of sharks and read actual documentation of the rarity of shark incidents on our islands to dispel your fear. Most importantly, you can learn how our local sharks, most of which are apex predators, are critical to keeping our coastal ecosystem in balance. A decline in shark populations can cause cascading effects down through the food web, and can greatly destabilize other local fish populations.

Increasingly, our islands are becoming known as prime shark fishing destinations. Yet, we must be cautious with how we fish for these fragile animals that are critical to the health of our oceans. The type of performance shark fishing and tagging through wrangling that is celebrated on Shark Week perpetuates the belief that sharks are beasts to conquer and encourages a type of bluewash, suggesting that there is nobility in the mishandling of endangered species. The goal of science is not to justify recreation. Science is not catching ten sharks in one evening with viewers looking on in fascination. Another goal of our Shark Conservation campaign is to encourage best fishing practices, both from shore and from a vessel.

Most fishermen and women do practice more humane versions of shark fishing, those who follow regulations and handle and release sharks appropriately. But, some species of sharks are incredibly susceptible to death after even the most “ethical” catch-and-release. The globally critically endangered Great Hammerhead, which we have in Florida, is among the most likely to die in catch-and-release situations (52% mortality rate in a commercial harvest study). Some species are more resilient than others, but no matter how you cut it, sharks are dying in this process.

One thing’s for certain: sharks should never be on the beach. Any angler doing this is willingly endangering sharks. In order to increase the chances of survival, sharks must always remain in the water—don’t forget that sharks lack supportive ribcages, so when they are on the beach they’re resting on their vital organs. The State of Florida prohibits the delay in the release of a protected species of shark, even stopping to take a picture is a violation as it increases the time it takes to release the animal. Chumming from shore is prohibited in Florida, and should you wish to responsibly shark fish from a beach or pier you must have a license to do so. Please visit our Shark Conservation campaign at sccf.org for a full list of Florida’s shark fishing requirements, including a mandatory course you must take before you can legally fish for sharks.

Today, sharks need our help to survive. We need sharks to maintain healthy oceans—oceans that sustain vast ecosystems that ultimately feed billions of humans. I encourage you to be a shark champion by advocating for shark conservation on our beaches, docks, boats, or in Tallahassee or Washington. Florida has robust shark conservation regulations that cannot be policed by the FWC alone—we all are responsible to ensure that anglers, divers, and anyone interacting with sharks abide by these regulations. Sharks are really just going about their lives in an ocean full of terrors for them: pollution, longlines, habitat loss, and on top of that, our apathy. Humans kill between 63 million to 273 million sharks per year. Largely for their fins, and yes, Florida sharks are part of that global commercial market.

Sharks are worthy of our wonder, respect, and now more than ever, our mercy. Real sportsmen and women understand that respecting the ocean is a way to ensure continued resources for the future. In a time of deafening discord, I think most of us agree that healthy oceans, with healthy sharks, are good for all of us. Be a shark champion.