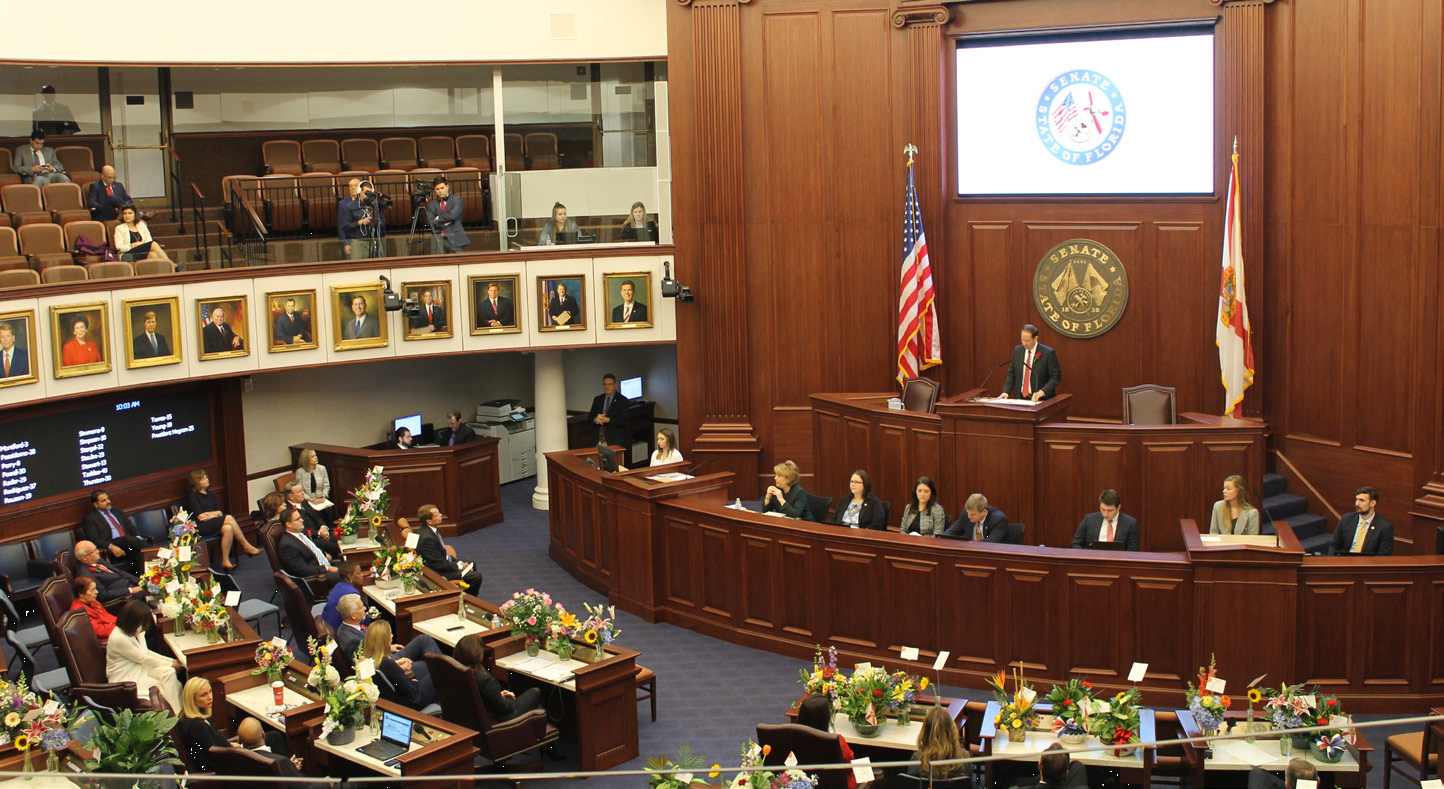 SCCF communicates with you weekly during the legislative session so that your voices can have a real-time impact on the bills being passed that affect our community.  The 2022 session, which ran  Jan. 11 through March 14, largely demonstrated a lack of commitment to the environment by the legislature. Please see the bill summary below for the bills that SCCF worked to support or oppose.

Typically, the time between the end of the Florida Legislative session and the beginning of the Florida fiscal year (July 1) is an uneventful time where the legislature sends passed bills to the Governor’s desk for signature. Generally, the outstanding question is which community projects may get line-item vetoed out of the budget. The 2022 post-session period was nothing short of supercharged this year as it included two special sessions, a round of surprising bill vetoes, and a record $3.1 billion in budget line-item vetoes.

Listed below is a short synopsis of some of the bills SCCF most strongly supported or opposed. Please refer to our SCCF Legislative Tracker for a complete list of bills the organization followed.

Passed (VETOED) - SCCF strongly opposed SB 2508 Environmental Resources, a controversial multi-issue budget conforming bill that allowed it to by-pass the normal public comment process. This bill would have undermined the extensive work by SCCF and our partners to base the Lake Okeechobee System Operating Manual (LOSOM) on sound science by taking decisions about the equitable distribution of water out of the hands of experts and handing them to politicians and special interest groups. This bill also included detrimental policies to expedite permits for dredging and development in wetlands that could further damage water quality. Furthermore, it included a directive that would have negatively impacted the state’s primary conservation land acquisition program by adding competing interests for the shrinking pot of acquisition dollars available.

A determined effort by thousands of water quality advocates aided the Governor’s decision to veto this ill-conceived bill and deliver a significant win for Florida’s environment.

Passed - 1000/HB 1291 Nutrient Application Rates, which allows higher levels of fertilizer to be applied to some crops, which could exacerbate nutrient pollution in impaired water bodies around the state.

Failed - SB 832/HB 561 Implementation of Recommendations of the Blue Green Algae Task Force. This bill failed to pass any of the task force recommendations such as required septic tank inspections and updated nutrient pollution action plans.

Failed - SB 198/HB 349 Seagrass Mitigation Banks. SCCF strongly opposed this bill when it was filed last year, and we did so again this year. This bill would make the destruction and mitigation of seagrass on publicly owned sovereign submerged land allowable for the benefit of private development. This bill was introduced as a “leadership priority,” but in another example of public outcry, this bill eventually died in committee.

Passed - SB 1940/HB 7053 Statewide Flooding and Sea Level Rise Resilience. This bill establishes the Office of Resiliency, which will administer a comprehensive statewide flood vulnerability and sea-level rise data set and assessment and revises the projects that may be funded by the Resilient Florida Grant Program.

Passed (VETOED) - SCCF, along with thousands of renewable energy advocates, strongly opposed SB 1024/HB 741 – Net Metering. This bill took aim at net metering, the practice where utility customers who have installed rooftop solar are able to feed excess energy they produce back into the electrical grid in exchange for account credits. This legislation phased out the retail rates rooftop solar utility customers currently receive for their energy generation, while making arguments that solar users are not paying their fair share. However, little to no credible data was provided to support these claims. The solar energy industry supports 40,000 jobs in Florida. Their strong showing in Tallahassee along with thousands of calls for a veto made to the Governor’s office helped generate a veto of this bad bill.

Passed (VETOED) - SB 620/HB 569 - Local Government would have allowed businesses to sue local governments for losses related to local ordinances, with the cost of expensive lawsuits ultimately passed on to residents. The bill would have left elected officials unable to represent their local citizens on a wide list of issues ranging from regulating noise and hours of operation at a neighborhood bar to preventing community-supported environmental protections such as sea turtle lighting ordinances.

The Governor used his line-item veto to strike $3.1 billion from the final budget of $109.9 billion. Some of the notable environmental budget items that remain in the budget are:

"Many of the positive bills we tracked will be re-filed, and many of the dubious efforts will return, as well," said SCCF Policy Associate Holly Schwartz. "With your help, SCCF will continue to advocate for strong water quality legislation and for the environmental policies that protect communities across Southwest Florida."