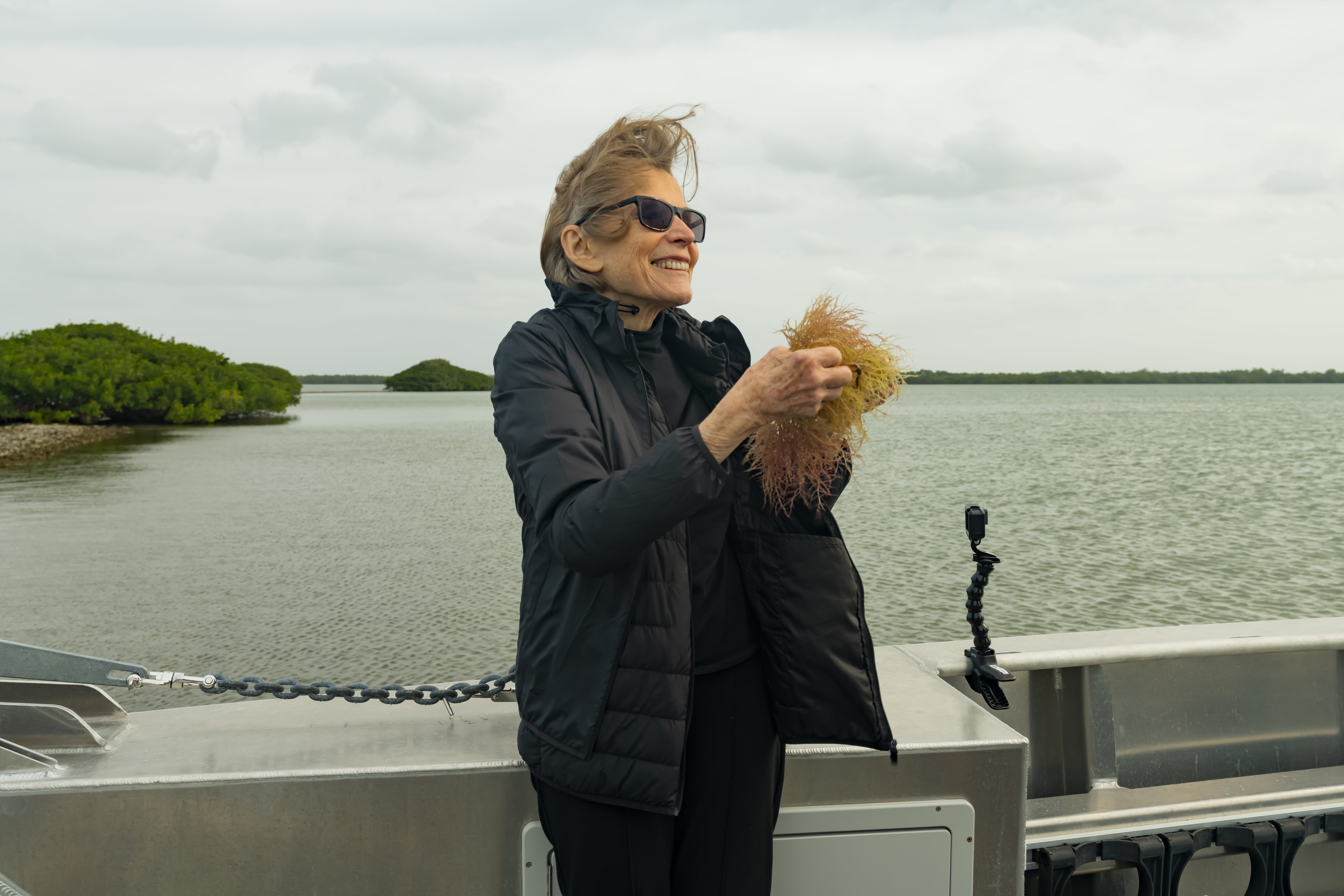 Sylvia Earle, the legendary oceanographer the New York Times and New Yorker dubbed “Her Deepness,” visited our islands as a guest of SCCF (Sanibel-Captiva Conservation Foundation) on Feb. 7.

In introducing her as the featured speaker for the 2nd Annual Paul McCarthy Memorial Lecture at the Sanibel Community House to a sold-out crowd, SCCF CEO Ryan Orgera aptly referred to her as “the soundtrack to our planet’s blue heart.”

“Sylvia isn’t the first explorer-scientist to show us the wonders of the ocean, but I would argue she is the first to truly show us the ocean through her unique blend of science and empathy,” he said.

“Whether or not you fully realize it, you are about to witness one of those figures history records as an extraordinary force for good. For me, she belongs in the conservation ranks of Rachel Carson, John Muir, or Theodore Roosevelt—her gift to us all is a better, more hopeful world, one in which we all learn to fight for the greatest wilderness on our planet.”

Earle, who fell in love with the Gulf of Mexico in the 1950s as a young girl growing up on the coast in Dunedin, captivated the audience with her honest and heartfelt appraisal of what needs to happen to reverse the degradation of earth’s oceans.

Earle has committed her life to doing just that. She has led more than 100 expeditions; including the first team of women aquanauts to inhabit an underwater lab. She has logged more than 7,000 hours underwater, including a 1979 descent to an ocean floor depth never before reached by humans. She also served as the chief scientist at the National Oceanic and Atmospheric Administration, is a National Geographic Explorer, and founder of the non-profit Mission Blue.

During her visit with SCCF, Earle was impressed by the islands’ culture of conservation. She took a morning cruise on the RV Norma Campbell out of the SCCF Marine Lab in Tarpon Bay. She was thrilled to see efforts in action to restore water quality including oyster and mangrove restoration. 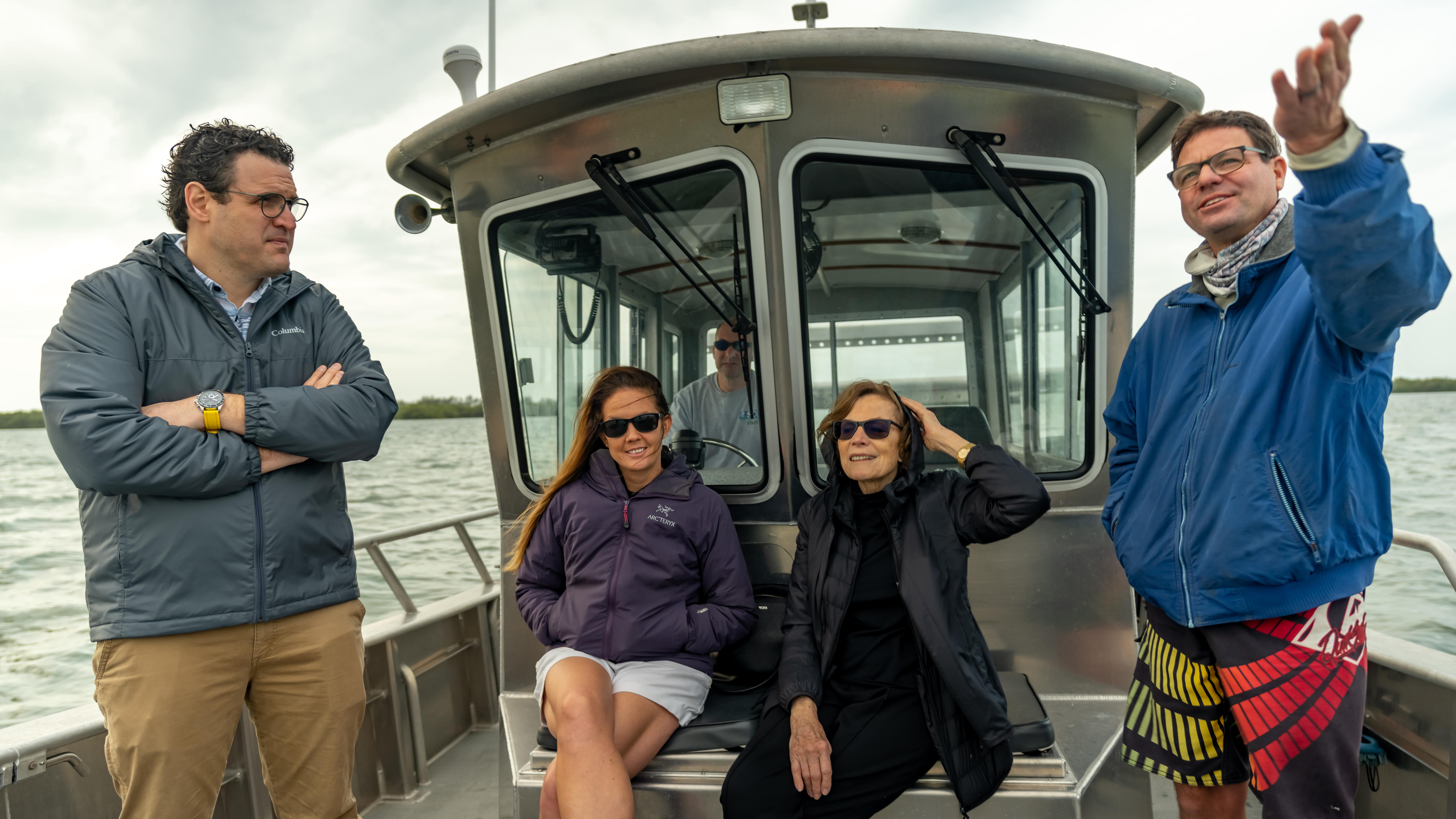 “I’m encouraged. I come here to Sanibel and I see the choices you are making,” she said. For Earle, choosing to protect the oceans and provide safe havens instead of just viewing marine life as something that “swims in lemon slices and butter” is key to the future.

“It’s a new day. A new time. If you had to choose to be born and want to make a difference in the world, you know, this would be the best time ever,” she added.

As president and chairman of Mission Blue, Earle received immediate applause when she shared that the Florida Gulf Coast was recently designated as a Hope Spot – from the panhandle down to the Ten Thousand Islands. Building on the concept of protected marine reserves and the power of committed people and communities, Hope Spots are places where the tide is turning.

Her visit and perspective energized staff at SCCF. Kelly Sloan, SCCF’s sea turtle program coordinator, went on the boat trip and got to see Earle’s reaction to our waters.

“Meeting Dr. Earle was one of the highlights of my career,” said Sloan. “She is such an accomplished scientist, and witnessing her genuine love of the ocean reignited my passion for protecting our waters. Her sense of hope is absolutely infectious.”

Deeply invested in supporting fellow women in science, Earle had lunch with eleven staff members from SCCF and the Sanibel Sea School. At the lunch, she made a point to give each individual a chance to share her role. 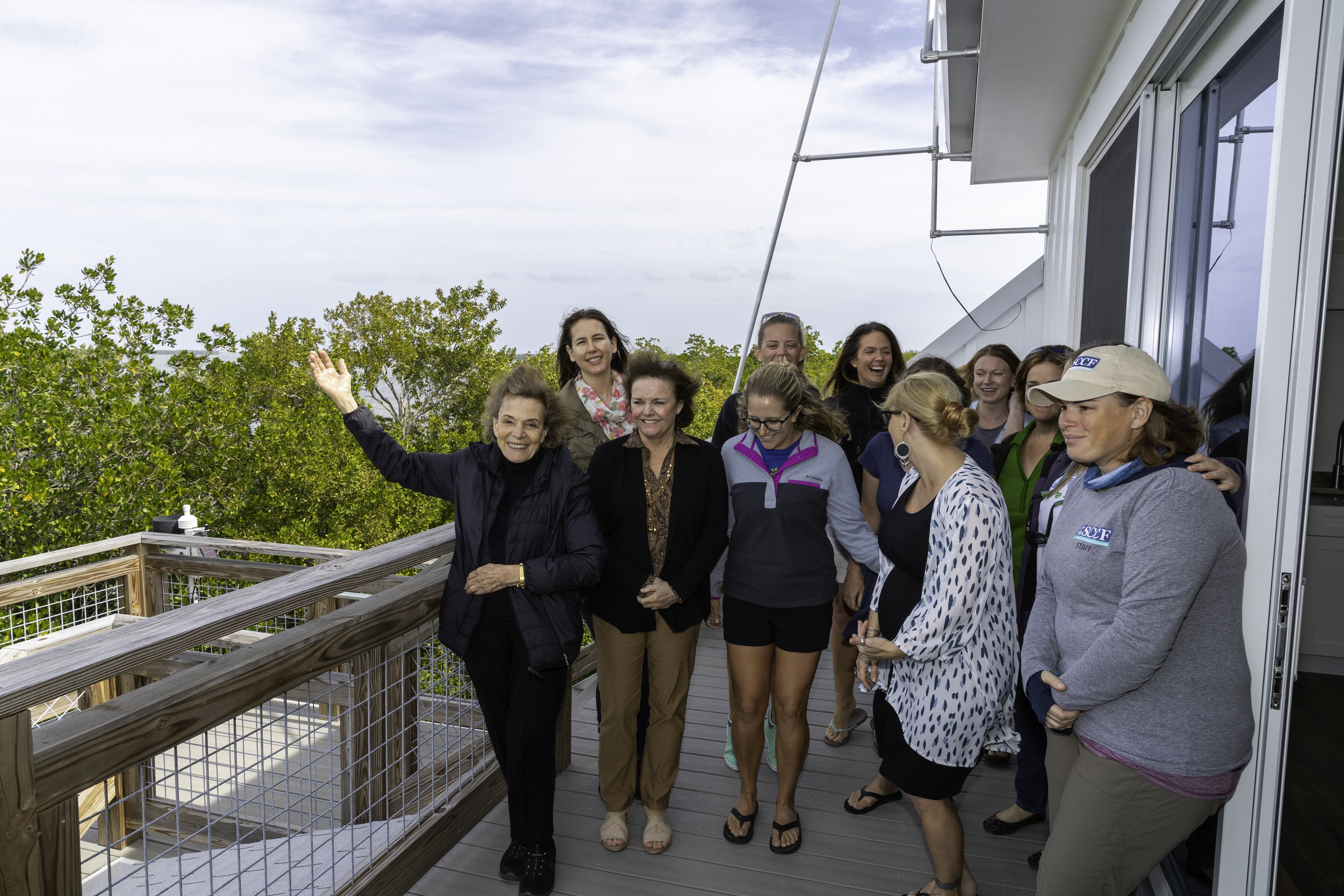 “Being able to meet the woman who paved the way for all of us in marine science today was an opportunity that I know we will all remember forever,” said Nicole Finnicum, who manages operations and communications at the Sanibel Sea School

“Hearing stories of her adventures into the deep and doing things that no woman had done before left us feeling absolutely empowered and inspired. And, her stories reminded me of the importance of what we are doing today for future generations,” she added.

In sharing her vision of the future, Earle emphasized the need for more people, especially kids, to have the chance to spend time underwater to better understand and protect the oceans.

“I hope that within 10 years, we’ll be able to say, ‘You wanna go for a ride? Let’s go,’” Earle said. “The number of options we currently have to go deep? Way, way too limited, but it’s going to happen – it’s irresistible.”

Watch Sylvia Earle’s hour-long lecture on SCCF’s YouTube channel (youtube.com/SCCFSanibelCaptiva) to learn more about Hope Spots, which she hopes will become a network of action and shared global commitment. The Paul McCarthy Memorial Lecture is made possible through the Boler Family Foundation.