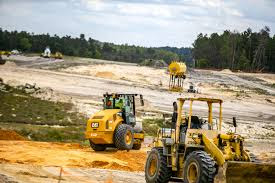 SCCF encourages you to submit comments supporting a "no-build" option on a draft report for toll roads to the M-CORES Task Force by Oct. 14 to protect water quality.

The Florida Department of Environmental Protection (FDOT) is moving ahead with a final report on a toll road that will cut through the Caloosahatchee River watershed, adding pollution to the river and encouraging sprawl.

Called Multi-Use Corridors of Regional Economic Significance (M-CORES), the plan is to build three highways in rural areas with the idea of bringing broadband to lacking areas and improving hurricane evacuation times.

FDOT is planning three large toll roads. Two of the highways would be north of the Tampa area, and a third would connect the Orlando area to the Naples area.

But during its own review process, DOT failed to prove a need for the road. Still, we fear private interests and a small group of politicians will continue pushing to build these roads.

Provide your comments today to oppose the proposed road network.

This toll road system is proposed to be constructed through the last remaining contiguous stretches of natural open space in Florida, and it will have direct impacts on our watersheds and the quality of our waters.

On Oct. 19, the M-CORES Task Force will be meeting to consider the Southwest Central Connector Draft Final Report prepared by the Florida Department of Transportation (FDOT). The Task Force is made up of representatives from business, industry, environmental, and government interests. Members were tasked with evaluating the need for a new toll road system.

Many of you have participated with SCCF over the last two years to voice your concerns over the construction of the Southwest Central Connector Toll Road. The Task Force will have their final meeting on Oct. 19 and the final report is due to the Governor and the legislature on Nov. 15, so it is critical that you get your comments in as soon as possible.

For the past year, the Task Force has been focused on the “high-level needs and guiding principles” of the project. They have not been presented with an actual road alignment — as originally promised at the onset of the project. The draft final report states the Task Force could not reach specific conclusions because of a lack of information and exhibited a preference for first improving or expanding existing highways and utility corridors. Some Task Force members also expressed a need for a “no-build” alternative. Approximately 95% of the public comments received to date are opposed to the toll roads, but there is still strong support for this project from the Florida Legislature. Your comments and participation are essential to defeat this harmful project.

HOW TO PROVIDE PUBLIC COMMENT: Click here and scroll to the middle of the page for the Task Force Report Comment form and submit your comments by 1 pm on Oct. 14. Because of the way FDOT is sorting public comments, it is important that you submit individual email comments or letters, rather than pre-written prepared statements. You may use the following suggested talking points and are encouraged to include your own concerns:

We request that the Task Force require a “no-build” option in the final FDOT report.

We will continue to follow this process and provide updates as this project will shape the future environmental health of our entire state.

Thank you for taking action!