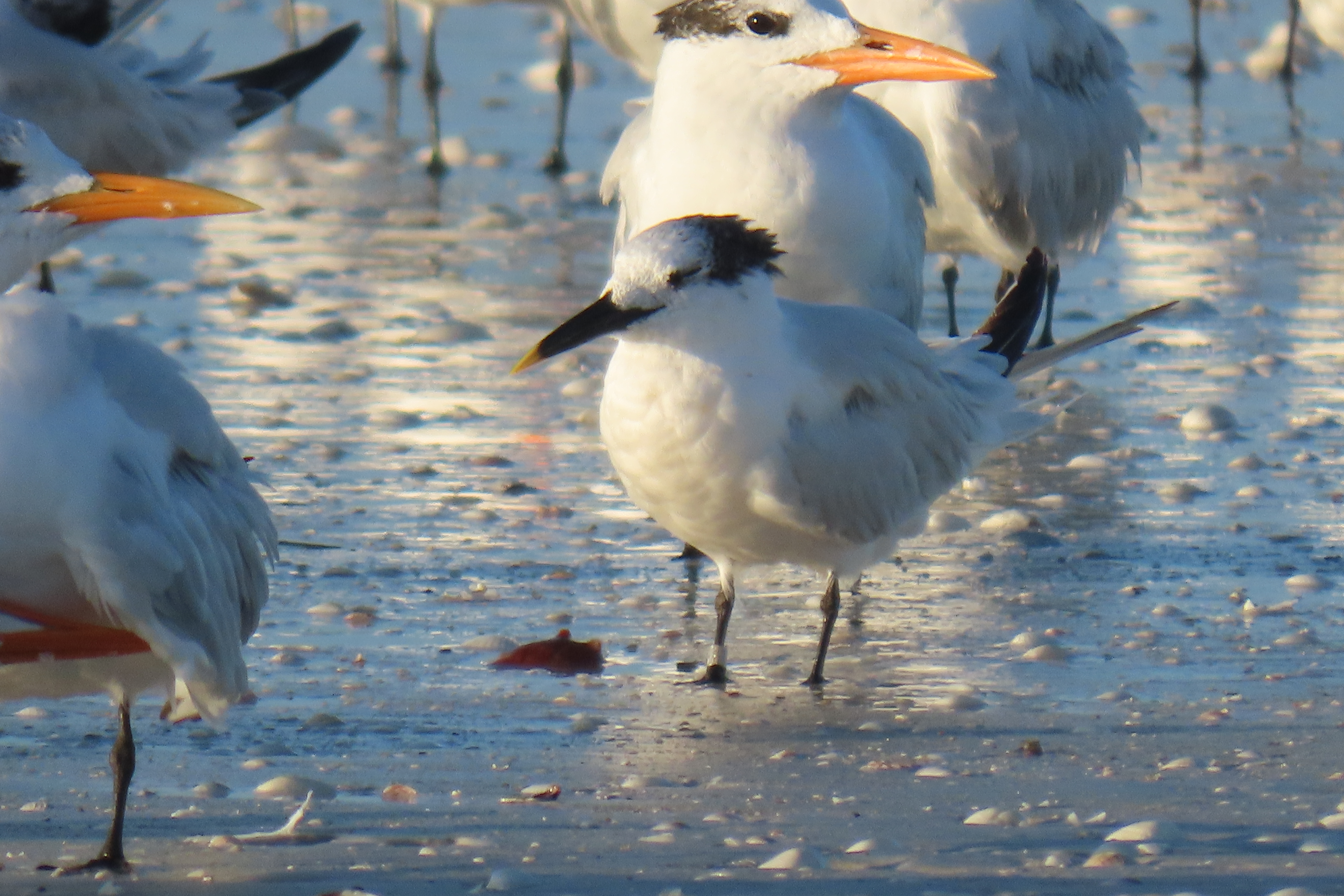 She re-sighted 24 banded individuals including 14 royal terns, three sandwich terns, three sanderlings, two black skimmers (Rynchops niger), a snowy plover (Charadrius nivosus), and a red knot (Calidris canutus). Albrecht found the most exciting of these re-sights to be one sandwich tern, now 20 years old, that was banded in July 2000 in North Carolina. It is pictured above.

“With all the threats facing our shorebirds and seabirds across their range, and populations declining worldwide, I find it encouraging to see that some individuals are able to survive through it all,” she said.

The red knot AX3 she re-sighted, pictured here, was banded here on Sanibel at Bowman's Beach in January 2007 in the same spot.

“It winters here in Florida, and is often seen on Marco Island, where it was last recorded in August 2019. I was relieved to see it is still alive and well and survived another migration,” she said.

Albrecht offers a reminder on why it’s so important not to disturb migrating shorebirds.

“I was grateful that I was able to carefully photograph the band from all sides and read the full number before people flushed the flock of birds,” she said.

During this fall migration she has seen a lot of people flushing flocks of birds by riding bikes through, letting dogs or kids run through, or flushing the flocks themselves so they can take a selfie. 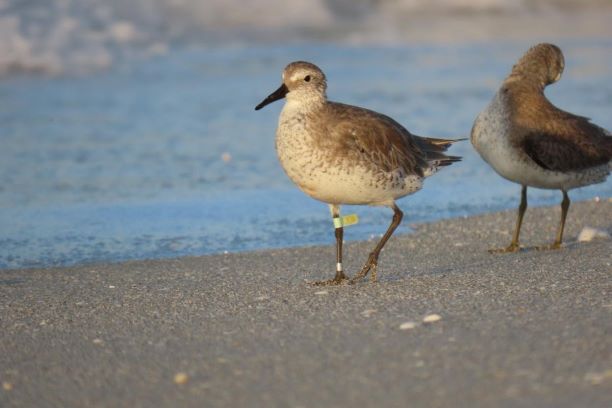 “I try to educate as best I can but not everyone is willing to listen. These birds have just flown thousands of miles they are exhausted and starving. Forcing them to fly unnecessarily causes them to expend energy that they can't afford,” she said, urging others to spread the word and discourage flushing.