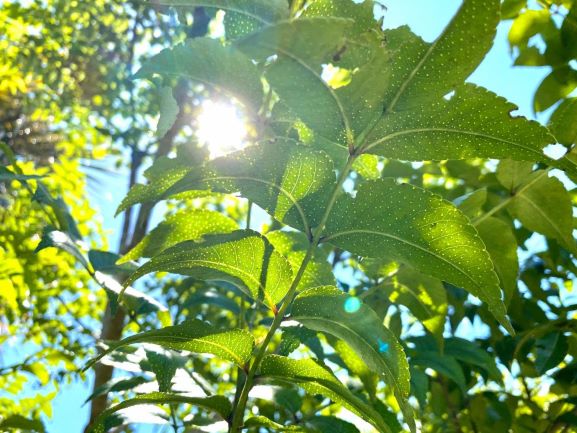 Hercules club (Zanthoxylum clava-herculis) is a deciduous shrub or small tree that grows to around 30 feet tall and has a distinctive sprawling growth habit. The compound leaves contain oil producing gland-dots that appear almost translucent in the sunlight and create a pleasant aroma when crushed or bruised. The bark and leaves of Hercules club were commonly used by native Americans and early settlers to alleviate toothaches, which is why it's sometimes referred to as the toothache tree.

At first glance the Hercules club might appear slightly intimidating due to its spiny nature but it's a great example of the saying, "don't judge a book by its cover." It's the larval host plant for the giant swallowtail butterfly and its spines often come in handy to birds and other wildlife seeking shelter and protection. While special consideration should be given to plant placement, Hercules club would be a deserving and unique addition to your home landscape. Its interesting bark, growth habit, and wildlife value makes Hercules club a great centerpiece in a native butterfly garden.