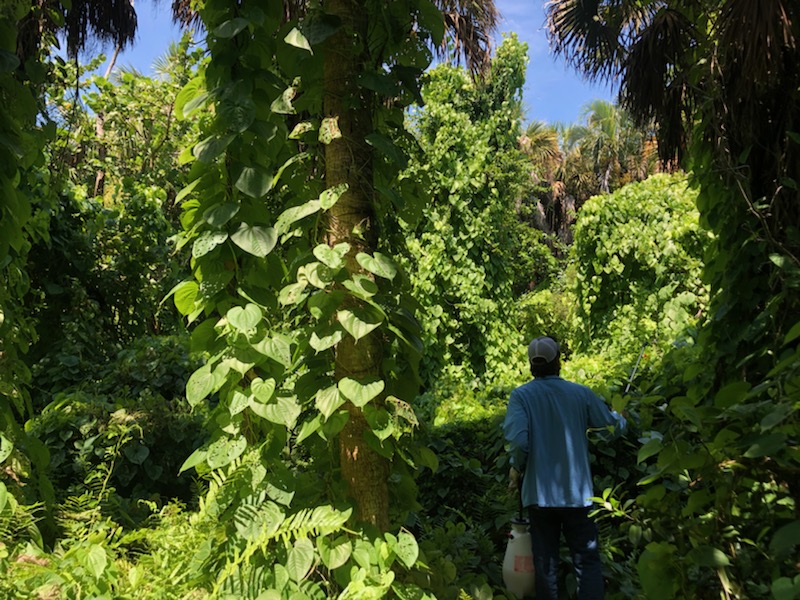 Summer is the ideal time to spot infestations of the exotic air potato vine (Dioscorea bulbifera) on conservation lands, as well as your own properties. This highly invasive species is native to tropical Asia but was brought to Africa where it quickly established.

From there, it was brought to North America in the early 1900s and has been spreading quickly in tropical and subtropical climates. This member of the yam family (Dioscoraceae) quickly grows up to eight inches in a day and has heart-shaped leaves measuring as much as six inches across. They grow up the stem and branches of trees as high as 70 feet in the air while completely covering the foliage of the host tree in some cases.  This reduces or eliminates the available sunlight needed for photosynthesis causing the host tree to struggle and sometimes perish.

Herbicide is essential for large infestations, but it only kills the exposed vine most of the time and usually must be done multiple times. After one treatment, the bulbil, or potato, will start to regrow and then they should be dug up. Homeowners with a small number of plants can just follow the vine to the ground and dig up the bulbil. The leaves die back over the winter and all that can be seen are the exposed bulbils, as pictured here. They should be picked up before spring brings about leaf growth, rapid growth, and the production of more bulbils. SCCF is currently treating air potato on several properties as they can easily be seen at a distance due to the large leaves.

As one of Florida’s most invasive exotic plants, treatment and control can be difficult and labor-intensive. The bulbils fall to the ground and form new plants. They are eaten in some parts of the world, although they are considered toxic by authorities in the U.S.  Consuming air potato is not recommended. The easiest way to start to control infestations is to pick up all the potatoes on the ground before they start new vines.

In 2015, The U.S.D.A., the Florida Department of Agriculture and Consumer Services, and UF/IFAS began to release a biological control insect species for air potato that was held in quarantine for two years. They are held and tested to make sure they will not feed on native species or agricultural crops. 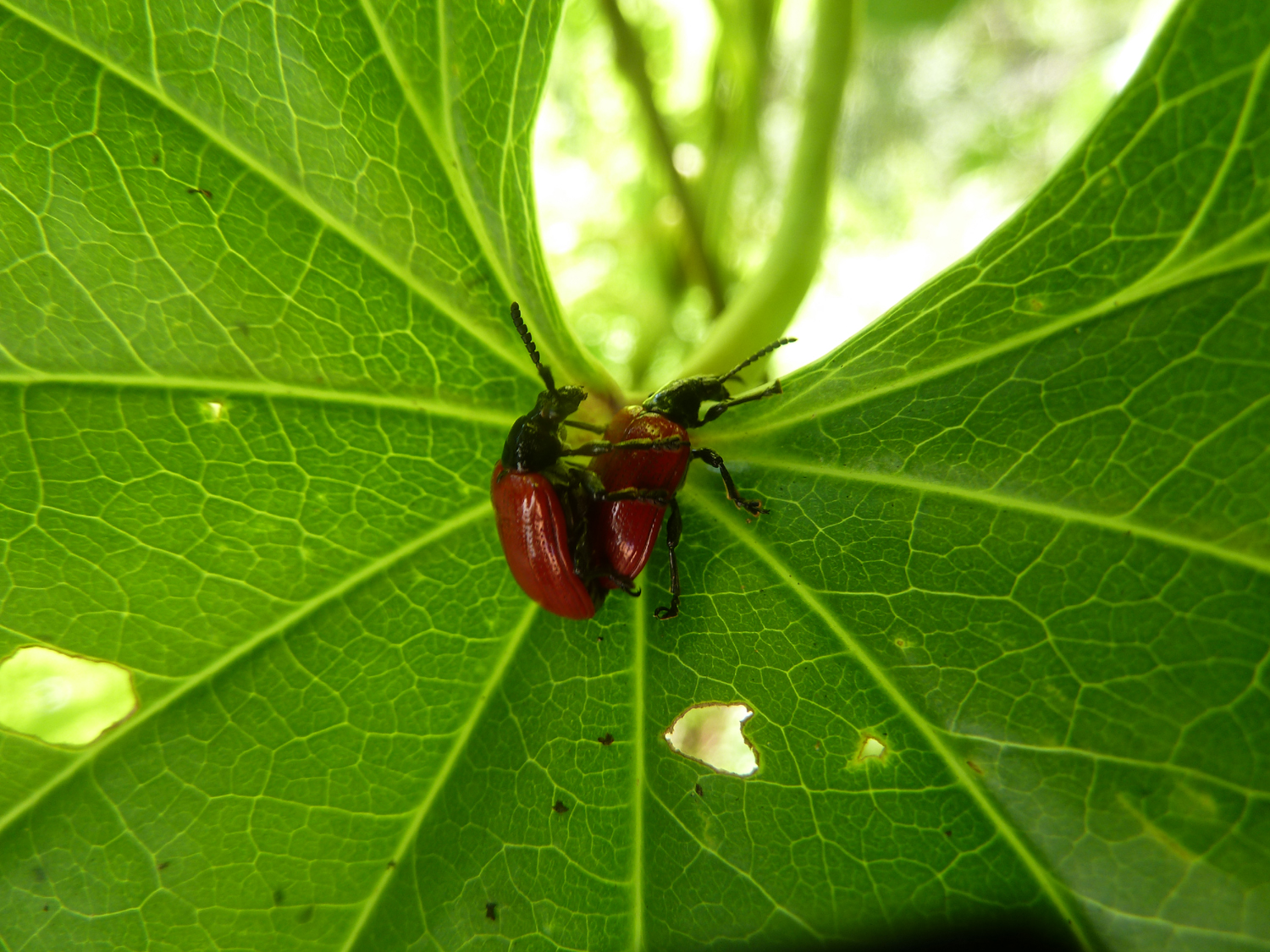 These insects were released in various places of south Florida, including Sanibel.  So far, there has been noticeable damage to air potato vines on Sanibel in localized areas, but it is not widespread.  Only time will tell if these insects build up enough numbers to slow the spread of this invasive plant species overall.