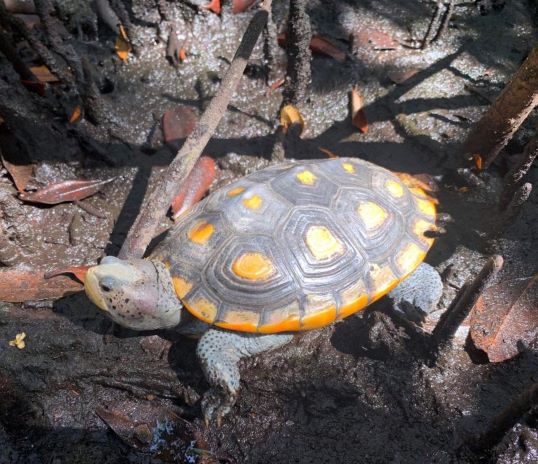 Advocating for BRDs on Blue Crab Traps to Save Terrapins

Diamondback terrapins (Malaclemys terrapin) are a brackish water species of turtle that often get caught up in blue crab traps, where they suffocate and die.

The seven subspecies occur on the coast from Massachusetts to Texas, and there are three subspecies that are unique to Florida.

Terrapin populations are threatened by habitat loss, red-tide outbreaks and the pet trade. The most notable cause of death is accidental drownings from being trapped in crab pots.

“Terrapins are attracted to crab traps because of the bait used to catchblue crabs,” said Chris Lechowicz, SCCF Wildlife & Habitat Management Director. “When they find their way into the submerged trap, they often are not able to find their way out before they drown because crab traps are only checked every six to 36 hours."

Abandoned or lost traps are called ghost traps, and they often end up catching and killing terrapins until they eventually break apart. A conservation push has been made to require bycatch reduction devices (BRDs) be installed on all crab traps in Florida.

These devices save the egg-laying females and large males. The Florida Fish and Wildlife Conservation Commission (FWC) held two online seminars on the subject recently that concerned the possible requirement of BRDs, as pictured here.

“There was strong representation from both the crabbing industry in opposition and turtle biologists in support of this action,” Lechowicz said. “The crabbing industry claims that this requirement would crash their industry in Florida as they believe it would exclude the largest male crabs, sometimes called Jimmies, from entering the traps which is a large part of their business." 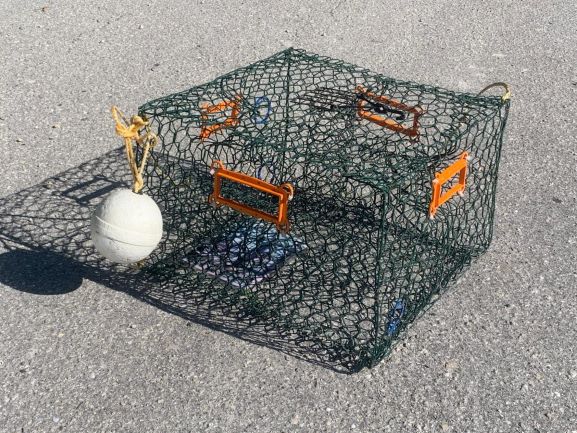 A peer-reviewed and published scientific paper on this notion shows that not to be true. Many crabbers said they have never seen a terrapin or rarely encounter them. Scientists explain that many areas have been trapped for so long that no terrapins remain in them.

The fact is that both blue crabs and diamondback terrapins are very important to our ecosystem and one is not more important than the other. If terrapins, an imperiled species, are continuing to drown in crab traps then some changes need to be made to crab traps to minimize or eliminate that threat.